Every year and for the 18th year in a row, the male and female competitions, of the Quiksilver et Roxy Pro take place at Hossegor, which can boast spectacular waves on a par with Hawaii. These seasoned experts know how to cause a stir with the crowd present on these renowned spots which abound in the Southern Landes region. The 9th stage of the World Championship Surf League brings together the world surf elite and fans from all over for 11 days of the highest competition.

36 male and 18 female athletes face off during the eliminatory phases spread over 4 heats to decide who will reach the grand final. The winner gets 10,000 points, second place 7,800 and thrid 6,085. 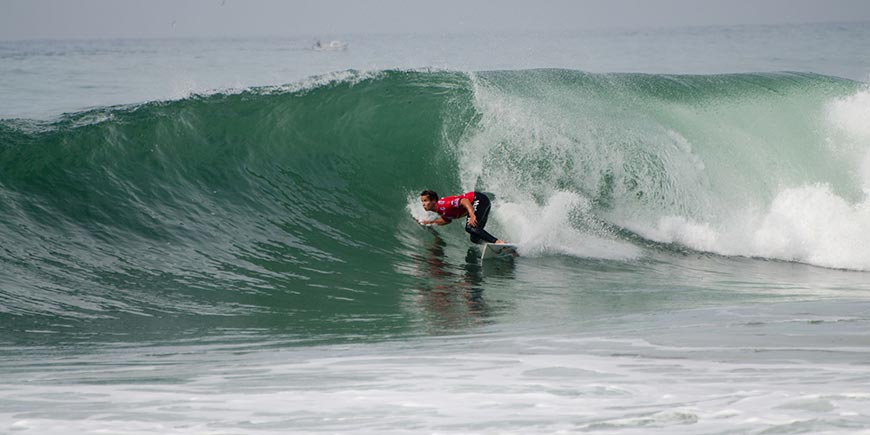 2019 should see the confirmation of the Brazilian offensive already well under away last year. Gabriel Medina secures his role as leader in taking the world title before the Australian Julian Wilson. In 2018, Brazil renewed its success and took over as the dominant surfing nation with 11 going through out of a total of 34 to the 2019 Championship. Of 11 legs of the 2018 pro circuit, 9 have been won by Brazilians. Other Golden-Greens to follow include Italo Ferreira with 3 legs to his bow, followed by Filipe Toledo, who took thrid place in the world with 2 legs won, and William Cardoso.

On the women’s side, the Australian Stephanie Gilmore, certainly the greatest surfer of this era with her 7 world titles, is looking to win her eighth. She has won 3 of the last 7 events in 2018. In second and third place are respectively the American Lakey Peterson and the Brazilian Tatiana Weston-Webb. Then, the 24-year-old French Johanne Defay, born in Reunion Island, is fourth. She is having a great season and we hope she will be able to climb the podium!

“La Gravière” is one of the world’s most iconic sand bottom waves. It is possible to surf it from both sides and has amazing barrels. It’s the French Pipeline. Yet, how can we explain the fact that a hundred meters to the south, in Capbreton, the waves are half the size? The Capbreton Underwater Canyon is the sole reason for this fact! However, contrary to popular belief, the rift and its canyon do not point towards La Gravière but towards Capbreton instead. By the way, the chasm is as big as the Grand Canyon in Colorado in the United States. The answer to our question stems from the physical phenomenon of refraction. The waves move away from the canyon and in our case, they are concentrated further north, towards Hossegor and therefore, towards “La Graviere”.

This feat can also be observed in Nazaré, Portugal. The place where the last world records of the biggest waves surfed have been beaten. Rodrigo Koxa holds the record with a 24 m or 80 feet wave. Nevertheless, there is controversy because some believe that the American Garrett McNamara should hold the title with a wave of a staggering 30 m (100 feet) surfed in Nazaré in 2013.

Innovation at the 2019 Championship Tour

The WSL Championship Tour (WCT) has 11 stages around the world. Only two take place in Europe: Hossegor and Portugal. An exciting novelty will feature this year’s WCT. After 10 years of construction and $30 million invested, the legendary Kelly Slater has finished his “Surf Ranch”. It will host the event right before the Quiksilver Pro one in Hossegor. The artificial wave is controversial because it is technically perfect and can be reproduced identically every single time, an infinite amount of times. Critics say it kills the magic of surfing. It will be interesting to see who will come out on top surfing in these “perfect” conditions and then tackle the unpredictable sea of La Gravière. 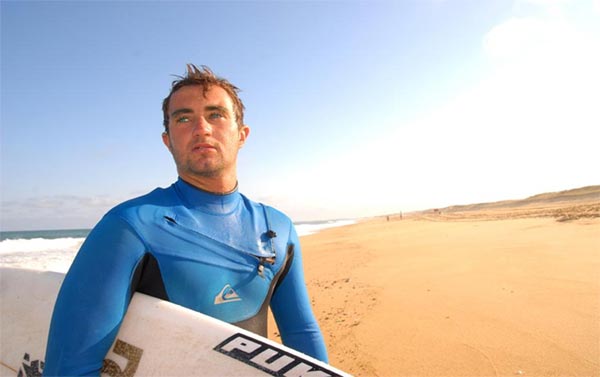 The surf spots of the region attract enthusiasts from around the world. Indeed the region is known for its tubes and its waves for all levels. In addition to this, the famous Belharra off the coast of Saint-Jean-de-Luz attracts big wave riders in search of thrills. As a matter of fact, a reef is located a few kilometers away from the beach. During the winter, waves ranging from 8-15 meters can crash there if the conditions are right.

Ondres is a small town of 5000 inhabitants at the edge of the Atlantic and in the middle of the Landes pines. Its main economic activity is tourism. During the high summer season, the small town can see its population triple.

Among the athletes, we can note the professional surfer Joan Duru who is from the village. He is famous for having eliminated Kelly Slater in Hossegor in 2008. He will be present this year in this sea that he knows so well. We hope he will manage to secure a spot on the podium to climb up the rankings!

The good addresses of Hossegor & Capbreton

Hossegor and Capbreton offer many options for restaurants and leisure activities:

Set in a beautiful 10-hectare pine forest, on the edge of the Landes forest, this eco-resort offers comfortable, designer chalets scattered throughout nature. Their beautiful terraces equipped with hammocks, classy deckchairs, and a barbecue allow you to tan quietly and extend the evenings around a nice BBQ.
Blue Océan offers special discount during the Quiksilver Pro !

Blue Océan offers a multitude of sports and leisure activities: heated salt water swimming pool, surfing academy, surfcamps, skate park, circus school, horse riding, yoga and pilate classes, massage treatments, bike rental… In addition, the kid’s club occupies children with fun activities and discovery of local fauna and flora.
All these activities and services are available 11 months of the year (except swimming pool closed from December to the end of March, and kid’s club open weekends and school holidays only)).

The accommodations have full hotel service (beds made on arrival, towels and cleaning).

The beach is 900 m away. You can reach it by a bike path or via a forest path. You will be able to learn or improve your surf, or to relax on the huge sandy beach.
You can even access Hossegor and Capbreton via the bicycle paths crossing the forest. 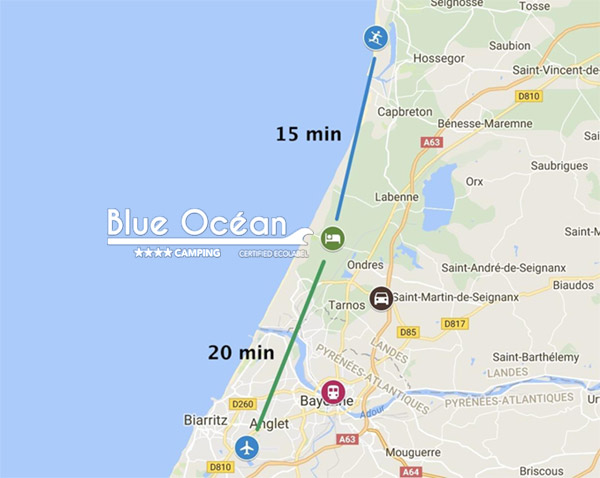 A shuttle between Blue Ocean and the WCT is available to customers during the competition. No hassle trying to find a parking space at the edge of the beach: the Blue Océan van drops you off and picks you up at the competition.

L’Espace Blue Ocean in Ondres is easily and quickly accessible by all major means of transport. It is exactly halfway between Biarritz airport (BAB) and Hossegor beach. Bayonne’s TGV (high speed train) station is even closer, at 15 minutes from the village. Finally, the highway is 5 minutes from Blue Ocean.

Do not hesitate to inform us of your time of arrival so we can arrange transportation from the airport or train station.

Espace Blue Océan is ideal for teams and groups who wish to be close to the heart of the competition but who also want to be able to escape from the crowds and to experience the authenticity of a small village with the Landes & Basque influence.